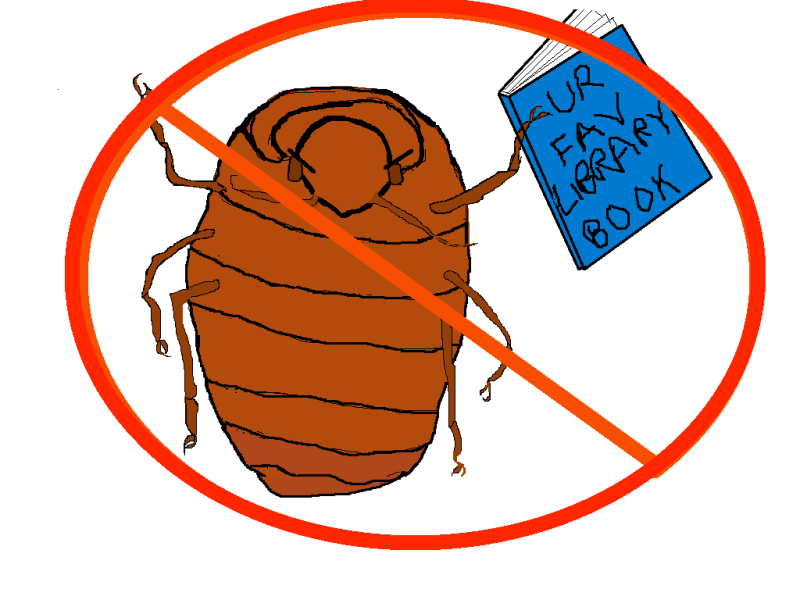 Two days ago, the New York Times ran a story on the alleged new trend of bed bugs in libraries. The piece has a lot of problems with it, particularly its alarmist take on the topic, which was nicely analyzed by Reluctant Habits managing editor Edward Champion* yesterday.

Champion has good points but, for me, the most troublesome line of the NYT story is this:

“That’s because bedbugs have discovered a new way to hitchhike in and out of beds: library books.”

This is not true. The common bed bug, Cimex lectularius, has not discovered a new way to hitchhike. This is an ancient pest, and it has been doing its thing for at least thousands of years. Probably far, far longer. The common bed bug evolved to survive on our blood and to follow that food source wherever it goes. That’s how it makes its living.

So, bed bugs in a library are not news. Bed bugs on the subway or in a movie theater** or at Urban Outfitters are also not news. These types of stories felt like news in the early stages of the bed bug resurgence in the U.S., which started in the late 1990s but didn’t catch widespread media attention until the late 2000s, but that is only because we had collectively forgotten that this creature existed. We had a lull in bed bug infestations for a few generations in the U.S. (and a few other places), but their comeback is more of a return to normal than a crazy new trend.

The reality is that people go to libraries. And ride the subway and go to movie theaters and to clothing stores. Anywhere you find people, there is potential to find a bed bug.

The good news? You aren’t very likely to pick up bed bugs in these types of public spaces. The bugs are far more highly concentrated in residences, where they can breed and multiply in close proximity to their food source.

Still, it is true that an infestation could begin from a single fecund female bed bug. The genetic evidence so far supports this. So, while you aren’t very likely to pick up that fertilized little lady while checking out a book from the local library, you should learn what to look out for. Check the book. Bed bugs are visible to the human eye at every stage of their lifecycle. Even the eggs. They’re small, but you can see them. Not sure what they look like? Check out a fact sheet online, preferably from a university where they actually study the insects, like this one or this one.

Bottom line: don’t panic. Don’t forego the library or the movie theater or a thrift store or any other location that used to bring you joy. Just learn what to look for.

*In the years after I wrote this post, this and this happened. FWIW, I think these actions are awful and don’t condone them, so please don’t take the above approval of a single blog post to extend to any sexist or otherwise bad behavior.

**This CBS story is perhaps the most hilariously ridiculous: the image they used is not actually a bed bug.